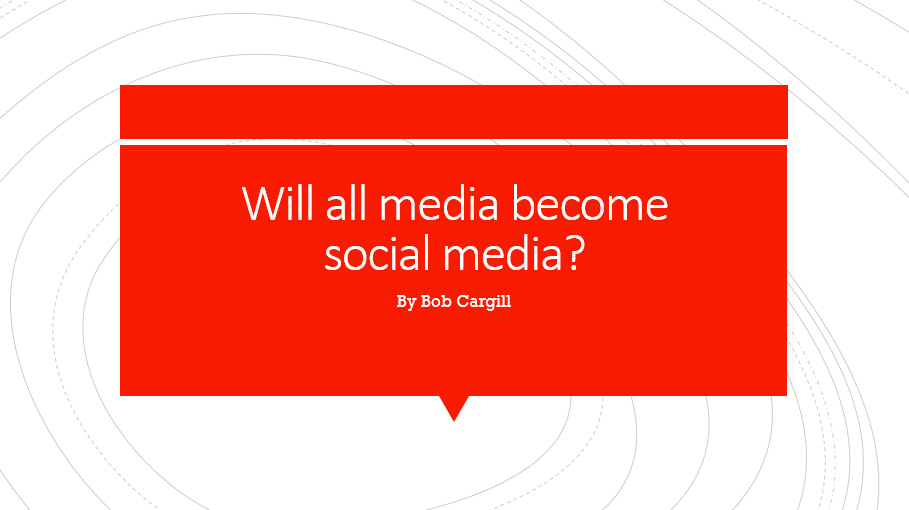 In the future, will all media be social media?

That’s what some prognosticators say.

I tend to agree with them.

The Pew Research Center announced recently that social media had outranked print newspapers as a source of news for Americans.