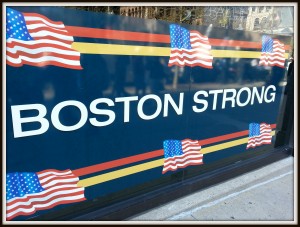 For me, the day started out like any other Patriots’ Day on which I’ve run the Boston Marathon, but it ended not with the anticipated feelings of joy and accomplishment. Instead, I went to sleep that night restless, worried and overwhelmed by a sense of sadness and shock over the two devastating bombs that had exploded near the finish line on Boylston Street.

That’s how a blog post of mine began on April 21 of last year, just six days after the 2013 Boston Marathon, an otherwise glorious event that was tragically marred by two destructive explosions along Boylston Street.

I wanted to put down in words while it was still fresh in my mind everything I felt about my experience that day. 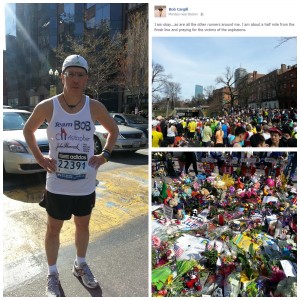 The disappointment I felt in having my journey interrupted less than a mile away from the finish line didn’t matter. The thought of all the innocent victims of that senseless demonstration of violence and how their lives had been not just interrupted, but changed forever in such an awful way, was overwhelming.

Indeed, my excitement and enthusiasm over running the marathon was turned into sorrow and sadness for those who were in harm’s way and for a world in which terrorism is for some crazy reason so commonplace.

This year will be another story. This year, I plan to finish what I started that infamous day and go the entire 26.2 miles.

That’s right, on April 21, 2014, I’ll once again be joining thousands of other determined runners for that heralded, historic trek from Hopkinton to Boston.

It’ll be the 12th time I’ve run the Boston Marathon, my 15th marathon overall. And because I’ve been there done that so many times before, I know I’ll be tired and sore most of the way. But any aches and pain I have to endure that day will be nothing, of course, compared to what the victims of the Boston Marathon bombings experienced last year…or the hurt and heartache that kids with cancer – and their families – have to withstand. 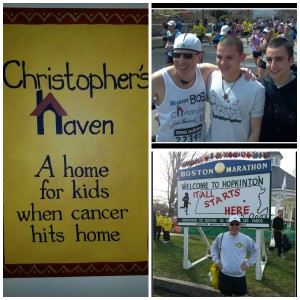 Yes, I’ll be running the Boston Marathon this year with the bombing victims on my mind, and for the kids who stay at Christopher’s Haven with their families while they are being treated for cancer at a hospital in Boston.

Christopher’s Haven is a ridiculously cool nonprofit organization that was founded in 2001 by a ridiculously cool guy, Dan Olsen, who is a three-time cancer survivor himself. While receiving treatments at Massachusetts General Hospital, Dan met families struggling to care for a child battling cancer while also facing the staggering costs of extended stays near the hospital. After surviving his third bout with the disease, Dan wanted to do something to help families like those he’d met. His dream was to create a haven for young cancer patients and their families, a place that would free them from any concerns about lodging, making it possible for them to focus on their children’s treatment and recovery. In Christopher’s Haven, Dan’s dream came true.

So this year’s Boston Marathon will be extra special for me. The victims of last year’s bombings will be on my mind every step of the way, but so will the kids who stay at Christopher’s Haven. To give to this nonprofit organization, please visit my fundraising page here, where you can make a secure online donation. Or you can donate by check — just make it payable to Christopher’s Haven and mail it to me at 33 Oakwood Avenue, Sudbury, MA 01776.

Your donation will mean a lot to me, but it will mean much, much more to the boys and girls who have to undergo cancer treatment in Boston and their families who stay with them at Christopher’s Haven. Thank you for kindness, generosity and support. 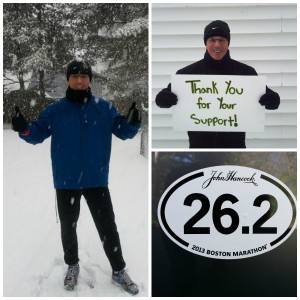